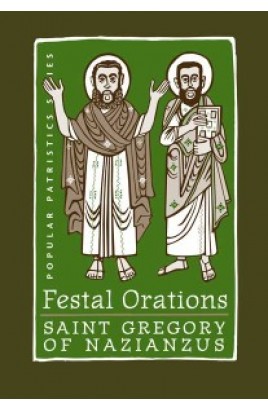 In the Orthodox Church St Gregory of Nazianzus (ca. 329 - ca. 390) is known as the Theologian, a title he shares only with the Evangelist John. As one of the three Cappadocian fathers, together with his colleagues SS Basil the Great and Gregory of Nyssa, his reputation and influence in the Byzantine world as both theologian and rhetor are unsurpassed in ways that Western scholars have often overlooked.

In the West, St Gregory is best known for his Five Theological Orations, a classic response to the theology of Eunomius, a late, radicalized form of Arianism. However, his Festal Orations have shaped the theology and spirituality of the Eastern Churches in ways that have escaped the notice of those who read only the Theological Orations. In the context of festal proclamation and celebration St Gregory articulates his own theology with emphases and rhetorical features different from those found in the five discourses, and the doctrines he proclaims are inseparably intertwined with his pastoral teachings about Christian life.