0 item(s) - $0.00
Your shopping cart is empty!
Welcome visitor you can login or create an account.
Categories
Home » Lord and Master of My Life

Lord and Master of My Life 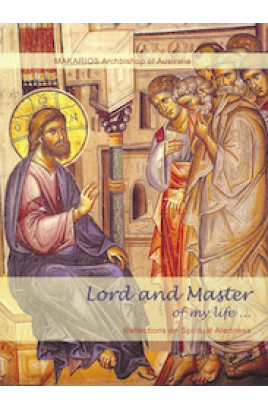 His Eminence Archbishop Makarios of Australia in his illuminating and spiritually edifying book prudently offers “Reflections on Spiritual Alertness.” Just as monks are summoned to prayer by the sound of the talanton, His Eminence Archbishop Makarios prayerfully calls upon the faithful to repentance through his explanation of this truly Orthodox prayer, “the Prayer of Great Lent.” - From the 'Foreword' by His Grace Bishop Silouan of Sinope.